What‘s in a Name challenge review: The Raven in the Foregate, by Ellis Peters 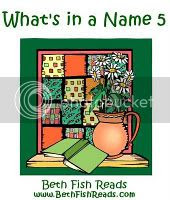 Here is my first What‘s in a Name challenge book: item no. 2, the something you'd see in the sky, that thing of course being a raven.

I have been making my way through the Brother Cadfael series in order of publication for the last several years, going rather slowly because I have been picking them up from second hand book shops, flea market stalls and BookMooch, knowing I would want to keep them after reading them. This is the 12th in the series out of 21, so I am a little over halfway there.

Synopsis:
The parish priest of Holy Cross, commonly called the Foregate because it lies just outside the walls of the abbey, dies and the Abbot of Saint Peter and Saint Paul brings back from a visit to his bishop a priest to replace him. But the priest clashes with his flock due to his inflexibility and lack of humility and kindness. When he is found drowned in the mill-pond on Christmas Day with a suspicious wound on the back of his head, foul play is suspected and Brother Cadfael and sheriff Beringar, now finally officially the holder of his office, set out to find the truth.

To complicate matters a young man, a follower of Empress Maud, on the run from King Stephen‘s men, is hiding in the abbey and known to Cadfael for having good reason for committing the murder. But the monk‘s insight and knowledge of human nature tells him the young spy is innocent. But who hated the priest enough to knock him over the head and throw him in the mill-pond to drown?

Review:
I was rather disappointed by the last two books in the series, the weird Pilgrim of Hate, which was more psychological thriller than a mystery, and An Excellent Mystery which was, if anything, a love story rather than a mystery, the clues dropped being a little too broad for it to remain mysterious for long. This, however, is a real mystery that will keep the reader guessing either until light dawns just ahead of the sleuths, or possibly only when the truth is revealed. The mystery is enthralling and I was kept looking for clues at every turn.

This novel has its good and bad points, among the best being Cadfael himself and his whole world, including the (for me) fascinating rite and ritual of the medieval Catholic church. The obligatory romantic element, however, has often been done better. The disguised youngster trope is there, the charming young man and strong-willed young woman who discover each other are there, but are as flat as can be, mere cardboard cut-outs copied from previous romantic heroes and heroines of the series.

However, this novel may infuriate some purists, for the reason of soundly breaking S.S. van Dine‘s rules of mystery writing twice somewhere along the way. The first break with van Dine is the romance element, which is to be expected in most of Peters‘ mysteries, but the other? You‘ll have to read it to find out.

For reason of the cardboard-flavoured lovers and a few other small annoyances, I am only giving this novel a score of 3/5.