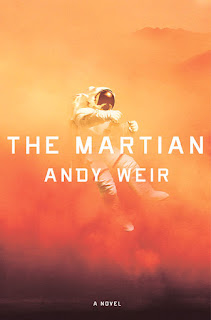 Note: This will be a general scattershot discussion about my thoughts on the book and the movie, and not a cohesive review.

When movies are based on books I am interested in reading but haven't yet read, I generally wait to read the book until I have seen the movie, but when a movie is made based on a book I have already read, I try to abstain from rereading the book until I have seen the movie. The reason is simple: I am one of those people who can be reduced to near-incoherent rage when a movie severely alters the perfectly good story line of a beloved book, changes the ending beyond recognition or adds unnecessarily to the story (The Hobbit, anyone?) without any apparent reason. I don't mind omissions of unnecessary parts so much (I did not, for example, become enraged to find Tom Bombadil missing from The Lord of the Rings), because one expects that - movies based on books would be TV-series long if they tried to include everything, so the material must be pared down to fit into a movie-length format. Three hours is about the limit I can take.

The Martian first appeared on my horizon as a movie and I only found out later that it was based on a novel. I wasn't interested enough to go see it in the movie theatre, but when I found it on the menu of in-flight entertainment on a flight I took just before the COVID-19 crisis hit, I decided to watch it. I have no regrets. It is a finely crafted thriller and Matt Damon is great in it.

So, when I realised that I had not touched any of my Audible points in 11 months (I've been immersed in podcasts for the last year or so), I decided to do some book shopping, and after listening to the sample on Audible, I decided to get The Martian to start with. It is read by Wil Wheaton, who does a great job of it.

You probably know some of the story, even if you have neither read the book or seen the film: an astronaut is left stranded on Mars when the mission he is on has to be aborted, and he has to survive there until he can be rescued.

The book is a mixture of science-fiction and survival tale in the Robinson Crusoe tradition, and its hero, Mark Watney, is a hard-core science geek with a sense of humour, resiliency and problem-solving genius that gets him through his ordeal of being stranded on Mars as much as his knowledge of science does. The book is entertaining, funny and moving, and I am sure I will listen to it again before too long.

This is a mostly epistolary novel, as the story is mainly told through Watney's journal (or log) while he is stuck on Mars. Some chapters tell the story of what's happening on Earth and aboard the Prometheus, the spaceship that his crew-mates are making their way back to Earth on, and there are a handful of third-person passages about his activities on Mars and flash-backs showing how other people see him.

However, looking back on my listening to this book, I am not sure I would have finished it had I tried to read it in the traditional way.

Why? Too many of the science explanations get too long and textbooky. I get why Weir needed to include the science - it would have looked like made-up madness to some and magic to others if he hadn't, and it would have made the story less plausible. However, after a few of these, I kind of found myself spacing out when the explanations began.

As for the science, the initial disaster that strands Mark Watney on Mars in the first place is scientifically impossible - I will let others explain why - and the spaceship that brought him and his crew-mates to Mars is a fictional construct and I do not have enough knowledge of space science/engineering to say whether it may one day become reality. But this is, after all, fiction, and authors do have poetic license to alter reality to suit the story they want to tell, so I'm not complaining.

Other than what mentioned above, the science is apparently pretty accurate. It does stretch the imagination somewhat for one man to know all of this, especially the more complicated bits of chemistry, considering he is a botanist and mechanical engineer and not a chemical engineer.

As for book vs movie, the book is, for obvious reasons, more detailed than the movie, as it leaves out much of the sciency explanations, but the movie makes up for it by adding in something that is missing in the book: what everything, especially the landscape on Mars, looks like. Admittedly, some time did pass between watching the movie and listening to the book, but I did not spot much that was wildly different. The movie does follow the novel pretty well, with some changes and omissions, the biggest of which is the second dust storm near the end. You can find a discussion of others changes/omissions here.

The edition I listened to contains some extra material that seems not to have been included in the original book, including excerpts from Watney's journal from before the mission, and a scene showing how he fared after getting back to earth. The movie has such a scene as well, but it's different. I'm not going to give it away, but let's just say that the book's ending was more realistic than the movie's ending (no worries though: he lives in both versions).